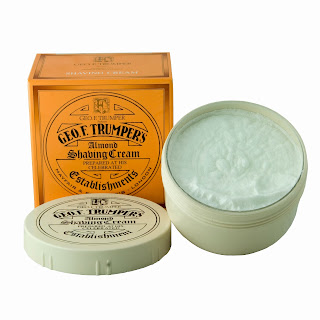 OK, I've been shaving again and I've been testing a number of creams and colognes from Geo. F. Trumper. They're not the cheapest but the company produces some of the most pleasant shaving preparations I've used - more on those in a minute.

The wet shave
I used to get quite frustrated by the sheer amount of men's publications advising us on how to shave. We know, I'd say, we mastered that when we were 13. But then I look around and notice how many blokes still have some sort of shaving rash. And it's not necessary. Here are a few guidelines...

That should get you over a number of difficulties.

Preparations and products
My favourite barber The Valet has one fault and that is that they don't stock Trumper's, fast becoming my favourite shave company (with a respectful nod to the Bluebeards and looking forward to the Valet's own range which it will be releasing sometime next year).

Shaving cream is important. It has to feel pleasant, stay moist and not dry up and smell OK. I've been using the Trumper's almond cream (pictured) a lot recently and it fulfils all the criteria; the chances are that when I've finished my current pot I'll replace it with the coconut version I was using before as the almond smell is a bit sweet for me (NB: this is because it smells of almonds, and to be fair there's a clue in the name). The Eucris version is also nice to use with a refreshing sniff of eucalyptus in the morning, and the extract of limes is also a good wake-up concoction; both smell quite distinctive, though, and may clash with your choice of cologne.

There's no obligation to stick with the same company's scents of course. Trumper's goes for the traditional and classic rather than the modern scent and some I find too dated or overpowering; the violet cologne seemed very feminine to me, reminded me of a music teacher from primary school - I have no idea whether she shaved with Trumper's stuff or not, but she was about 100 and smelled terribly of violets. Another scent, Curzon, I found to be different in smell but similarly oversweet and elderly.

Spanish Leather, on the other hand, has become a firm favourite. It doesn't smell as manufactured and artificial as so many  of the major perfume houses' modern offerings (you know how you can get something that smells not so much of a single scent but 'smells of Armani' or 'smells of Hugo Boss'? You don't get that with Trumper). Masculine, classic, a bit refined and different from most of what you find on the High Street. Extract of Limes I liked very much as well, particularly  when used with the matching shave cream - lime and a bit of spice in there, and it lasted most of the day.

These are quite strong and should be used sparingly - a few drops will do you. And they do last - unlike some colognes  I could mention, you'd better decide you like the smell of this stuff because if you put it on at 7am you'll still know it's there at 6.
Posted by Guy Clapperton at 01:39 No comments: 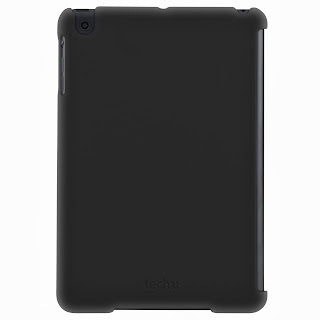 The thing about getting an iPad or other tablet - or indeed a smartphone - is that not only do they need protecting but a good percentage of the cases on the market are purely decorative - or worse, the designers think they're decorative but anyone with functioning eyeballs is likely to have a different opinion.

This is why the black picture you can see illustrating this entry was such a blessed relief. It's from Tech21. Look, it's black and more chic than you can see from the picture - but it's also reinforced and feels very solid indeed.

The same is true of the Impact Shield screen protectors the company produces - obviously they're flexible and stick-on-able but ultimately very tough. This is achieved by putting some of the same stuff BASF and the military use to protect their equipment.

It seems to do the job which is excellent; in my view, though, the best thing about it is the simplicity and elegance. Just don't put it down on a black surface.
Posted by Guy Clapperton at 09:41 No comments: