Taking the tablets (and phones)

Apple has been making new toys as you've probably read. Of course I've been looking at them and some are very shiny indeed.

First the one I don't 'get'; the iPhone 5c. Slightly cheaper than most of the others on offer but not sufficiently to make it a cheap option, this comes with up to 32 gigs of memory and has a better camera and faster processor than its predecessors. It's a nice phone and if you want a marginally lower-spec phone then OK - but releasing it at the same time as the 5s? Really? I suppose something's going to compete with it and Apple might as well aim for the number two slot as well. I did wonder whether the youth market would go for the colours; my 13-year-old's view was 'it's a bit yellow, isn't it?'

The 5s is a prince among phones. It has fingerprint recognition and it's no use mugging me and gruesomely cutting my finger off so you can use it - it detects that it's an actual finger with a pulse that's touching it. This seriously excellent function is hidden in the start button so there's nothing obtrusive in the design, which basically echoes the iPhone 5. It's a faster phone than we're used to in terms of apps and it has a number of new whizzy features; if you leave your phone switched on in a locker in a basement (it can happen) then normally it will continue to waste battery trying to find a signal. The 5s won't - it realises it's not moving and switches the aerials off.

Best of all is the camera. You get decent pictures from your mobile, which has never gone without saying. Here are some fireworks from mine - remember this is just a phone camera with the flash turned off in poor light - someone who knew what they were doing with a camera could take some seriously good pics (this'll probably look OK on the page, click it for a larger image and see how out of focus it actually is - my fault, not the camera's). I certainly don't have any reason to carry a 'snaps' camera around with me any more...oh, you'd got to that stage some time ago? OK. 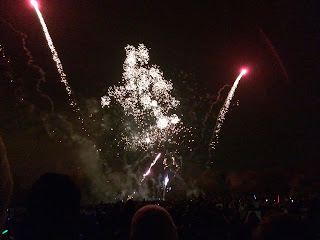 Look also at Apple's third video down on this page, which about two minutes in demonstrates the slow-mo video camera. I've had hours of fun making the dog wet and filming her shaking using this - just nothing worth sharing yet because I don't know what I'm doing with the lighting. Here's the Apple link: http://www.apple.com/iphone-5s/videos/

As you can gather, if you're thinking of upgrading or generously buying someone hundreds' worth of phone for Christmas, I'd go for the 5s. 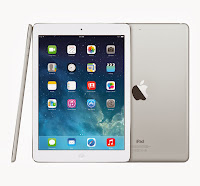 I haven't seen the new iPad Mini yet but the iPad Air is much lighter than its predecessors. It has the same processor as the new phones so is faster to react than the older versions and a lenticular display like the last one; the result is a very easy full-sized tablet which is fine for high-definition movies, whether you're filming them or just watching. The speakers always impress me; you get a reasonable amount of bass for something so thin.

I find my own previous-generation iPad Mini more practical because you can carry it around in a smaller case; on the other hand I've stopped using it for typing in spite of buying a keyboard case because the keyboard is physically too small to be comfortable, and I find the larger screen better when I'm travelling as I like to carry movies with me for the plane and long hotel evenings whilst on business. 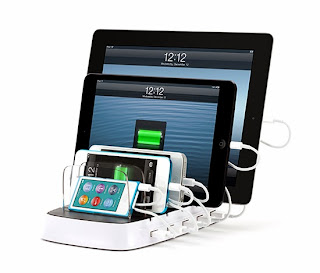 As always there are accessories available, including the usual gamut of cases and chargers. My favourite is the Griffin PowerDock 5. Looks like a toast rack (except the dividers are plastic) and it supports up to five devices. The blurb says it's designed for Apple gadhets, which I imagine is a bit of marketing - it has USB ports, you plug your own adapter in so it'll work with anything. I've recently bought a Google Nexus 7 for testing Android apps and it's charging perfectly happily as I type.

(Incidentally I don't write as much about Android because I use mostly Apple, but for a good all-round tablet with a smaller form I've been very impressed with the Nexus 7 so far - it even managed to transfer a YouTube film to my TV yesterday without my having to set up a manual connection. I suspect it was talking to the Virgin Media box, but I didn't have to fiddle with passwords or anything like that as it was already on the same WiFi network. Didn't work for stored video, unfortunately, so Apple kit plus Apple TV is still ahead on points if not price).

Photographers should also look at the Olloclip, a deceptively simple add-on for the iPhone's camera. You just clip it on and focus a bit and you suddenly find your camera on your phone has gone wide-angle or panoramic, there's a lense for each. Make sure you buy the right one for your phone; grown-up photographers will want to know that it takes fish-eye, wide angle, macro 10x and macro 15x. None of that means very much to me; I do know that I've started to take pictures that look as though they come from a much better camera...unfortunately with the same incompetent operating it as before.
Posted by Guy Clapperton at 04:19 No comments:

That's handy (or other glove-related puns) 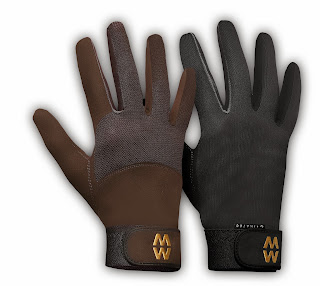 OK, I'll ask - what did someone just do to the summer? I'd have sworn there was this Autumn thing before winter kicked in but the state of these blocks of ice - or 'feet' as we call them in the trade - on the end of my legs tells me otherwise.

So I've been looking at gloves. And I have a new favourite pair - from MacWet.

These are technically sports gloves, and I have been using them in the gym. You need to measure your hands across the knuckle - this is because they are 'proper' fitted gloves, suitable for people doing work with their hands rather than just commuting or something. The grip is stronger than you find on most other gloves.

I can vouch for their efficacy when you're pushing weights up and down, certainly. Not that I'm massively active; people who follow this site will be aware I've been trying to lose weight, though, and part of that has involved reintroduction of exercise into my life. They work.

Mostly, though, I use them when I'm out generally. A snugger fit than most, you can use them when you're operating a phone (mostly) or whatever else you need to do; they're comfortable because of the case you'll take in measuring your hand, and they look rather stylish in my view.

£27.99-£29.99 a pair depending on the length of the cuff. Not the cheapest gloves but for the right context among the most practical.
Posted by Guy Clapperton at 07:05 No comments: